Are you being drained by an energy vampire in your life? Get the “Energy Vampire Survival Guide” PDF Here. 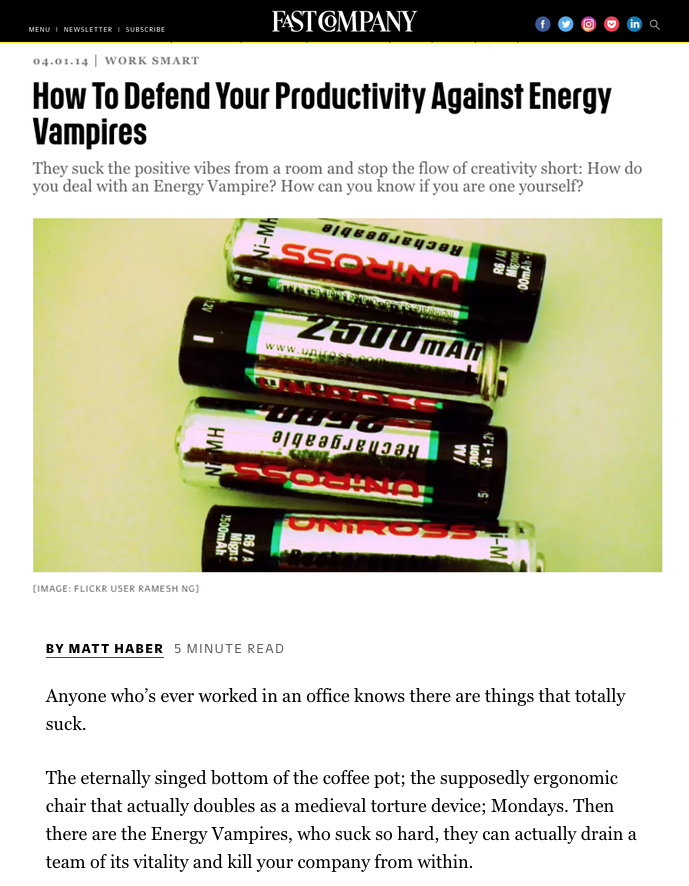 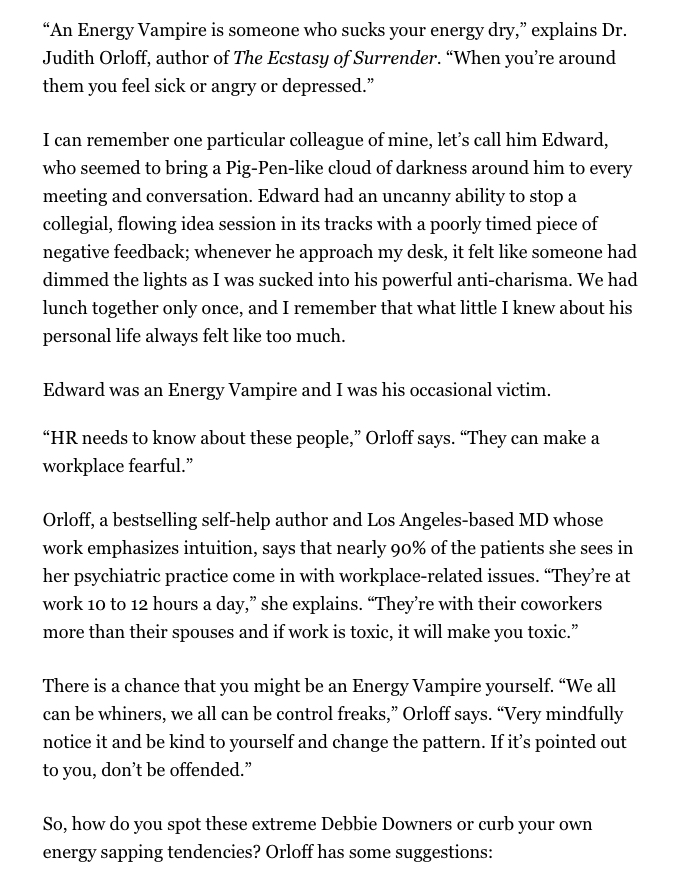 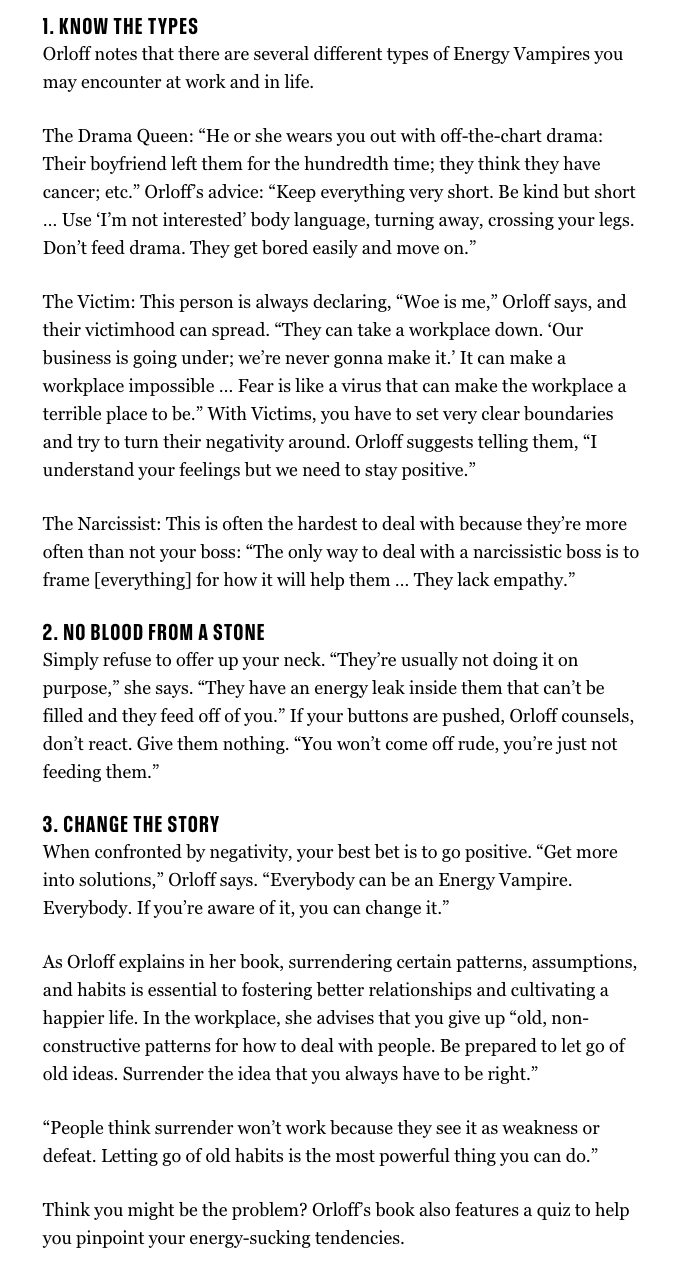 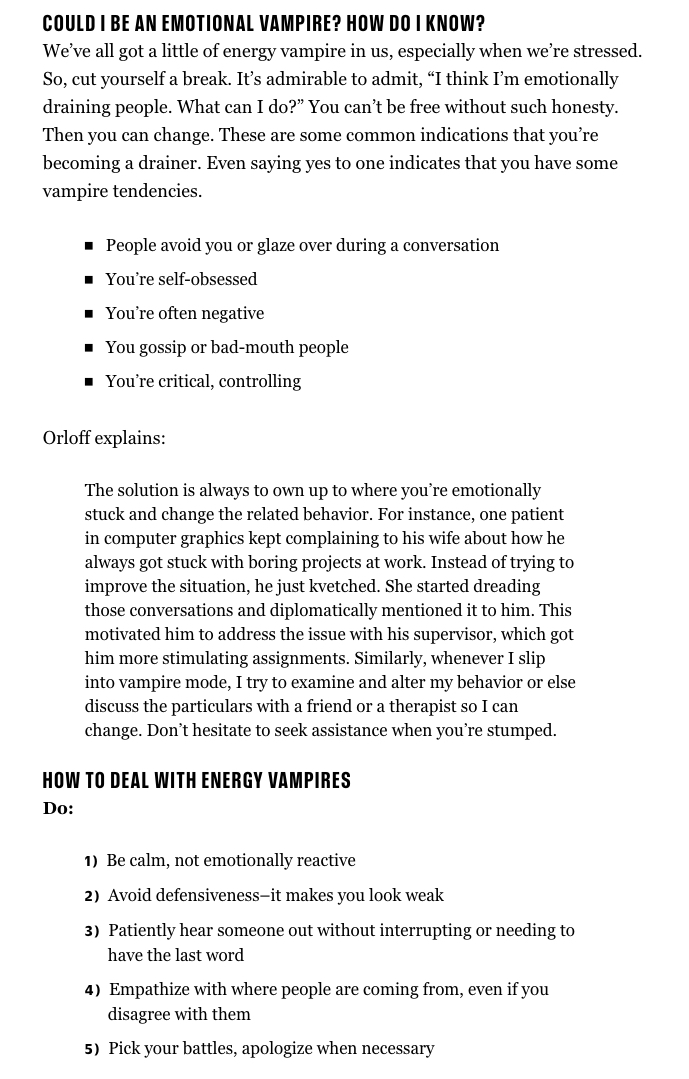 Energy vampires are people who drain your energy. Two types of energy vampires include “The Victim Mentality” and “The Drama King or Queen.” Here are some definitions and coping strategies to refer to from “The Empath’s Survival Guide.”

1. The Victim
Energy vampires with a victim mentality drain empaths with their “the world is against me” attitude. They don’t take responsibility for the problems that happen in their lives. Other people are always the cause of their distress. Empaths often fall into the compassionate caretake role with “victims,” trying to solve their list of problems. Of course, empaths will become drained. Victims will typically respond to any possible solution with, “Yes, but…” So you may get frustrated and end up screening emails or calls or purposely avoiding these people. You want to be supportive but their barrage of complaints is too much for sensitive people to take. Empaths must learn to assert boundaries with victims and be careful not to turn into a co- dependent or their therapist.

2. The Drama Queen or King
These types drain sensitive people by overloading them with intense, nonstop dramas. It’s too much information and stimulation for empaths to process. Their hysterics deplete us. Drama is a kind of drug that people become addicted to. Don’t enable that addiction. My patient Zoe was aggravated when a friend kept canceling their plans at the last minute with different excuses. Once he had a toothache and almost fainted. Next, his wallet got stolen, and he had to go to the police station. Then he had a minor car accident without injury, but spent all day in the emergency room. Zoe was worn out by his dramatic episodes and was tired of being stranded. These vampires get energized by our reactions to their drama, but they don’t get rewarded if we remain calm. Be consistent. Soon, they will lose interest and go on to their next victim if you don’t feed their drama.