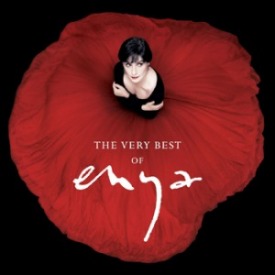 Empathic people love music. It is a balm for their sensitive soul. Listening to it, playing it, admiring it. Music can wash over and nurture you. It can elevate your spirit.

I am excited to share my favorite music recommendations for empaths with you. I hope the music I’ve selected will uplift, inspire, and soothe you, as it does me. Perhaps it will trigger your creativity, dreams, healing or connection to the great Mystery.

Music therapy has been used to treat depression, anxiety, and chronic pain. Neuroscientists have found that tranquil music increases positive emotions and stimulates dopamine, the brain’s pleasure hormone–and that highly sensitive people may respond to music similarly to how they experience empathy.

Let yourself dance to the music, meditate to it. Let it lift you up beyond the details of everyday life to the realm of inspiration and the muse.

Enya Patricia Brennan is an Irish singer and songwriter. Born into a musical family and raised in the Irish-speaking area of Gweedore in County Donegal, Enya began her music career with her family’s Celtic folk band Clannad in 1980. Listen to Boadicea from The Best of Enya Album

Kitaro is a Japanese recording artist noted for his electronic-instrumental music, and is often associated with and regarded as one of the most prominent musical acts of new-age music. Listen to The Best of Kitaro

Simrit Kaur, is a singer/songwriter born in Athens, Greece. She moved to the southeast in the United States as a toddler and currently resides in California. Listen to her The Song of Bliss

Clément Philibert Léo Delibes was a French Romantic composer, best known for his ballets and operas. His works include the ballets Coppélia and Sylvia and the opera Lakmé. Listen to his The Flower Duet

Johann Sebastian Bach was a German composer and musician of the Baroque period. He is known for instrumental compositions such as the Brandenburg Concertos and for vocal music such as the St Matthew Passion. Listen to his Complete Goldberg Variations

Tina Malia is a singer and songwriter who has distinguished herself in styles ranging from pop to world devotional to electronic. Her artistic perspective embraces many of the world’s musical cultures, languages and spiritual traditions. Listen to her Sita Ram – Bridge to Vallabha

Ludovico Maria Enrico Einaudi OMRI is an Italian pianist and composer. Trained at the Conservatorio Verdi in Milan, Einaudi began his career as a classical composer, later incorporating other styles and genres such as pop, rock, folk, and world music. Listen to his song Le Onde

Norah Jones is an American singer, songwriter, and pianist—and the daughter of the great Sitar player Ravi Shankahr. She has won nine Grammy Awards and has sold more than 50 million records worldwide. Billboard named her the top jazz artist of the 2000s decade. Listen to the Best of Nora Jones Album

Snatam Kaur Khalsa, is an American singer, songwriter and author. Kaur performs Indian devotional music, kirtan, and tours the world as a peace activist. The surname “Kaur,” meaning “princess,” is shared by all female Sikhs. Listen to her Sacred Chants

11. Krishna Das
Krishna Das is an American vocalist known for his performances of Hindu devotional music known as kirtan. He performed at the 2013 Grammy Awards, where his album Live Ananda was nominated for a Best New Age Grammy Award. Listen to his Om Namah Shivaya.

Singh Kaur was a new-age music composer, vocalist and instrumentalist. With her angelic voice and haunting melodies, Singh Kaur was a pioneer in the growing genre of Western interpretations of Indian chanting music. Listen to her This Universe

Wah! is a U.S. band that performs and produces music for the new-age and yoga market. The female lead singer Wah! and the band’s name are synonymous. Listen to their Wah! SAVASANA – Opening

Donna De Lory is an American singer, dancer and songwriter. Part of a musical family, De Lory has been performing since a young age. Her voice can be heard on albums by Carly Simon, Alisha and Madonna to name a few. Listen to her In The Sun from the Unchanging Album