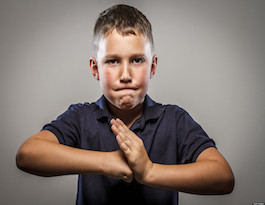 Our world is in the midst of an emotional meltdown. People are restless, volatile, our tempers about to blow. Recently, a riveting Newsweek cover story, “Rage Goes Viral” described how from Tunisia to Egypt a wave of rage is rocking the world to create revolutions. Then there are the talk radio ranters, congressional incivility, and domestic terrorists such as the Arizona shooter. Rage is also prevalent in our daily lives: There’s road rage, office rage, supermarket rage, and even surfer’s rage. Why is rage so rampant? What is the solution?

In my book Emotional Freedom I explore the differences between “good” and “bad” anger. Anger can be a healthy reaction to injustice such as cultures fighting to free themselves from repressive regimes. Anger rallies people. It creates energy and motivation to rebel against dysfunctional political or social systems. It also motivates groups to go on strike say, for higher, well-deserved wages or to defend human rights. On a personal level, anger can be good if it’s expressed in a focused, healthy way rather than using it as a weapon to punish or hurt others.

Your Body’s Reaction To Anger As a psychiatrist, I know that anger is intensely physical and can come from a primal place. Let’s say a colleague double-crosses you in a business deal. You feel angry. Your amygdala (the emotional center in the brain) stimulates adrenaline. You get an energy rush that rallies you to fight. Blood flows to your hands, making it easier to grasp a weapon. Your heart pumps faster. You breathe harder. Pupils dilate. You sweat. In this hyperadrenalized state, aggression mounts. You may raise your voice, point accusingly, stare him down, grimace, flail your arms around, verbally intimidate, barge into his personal space. Taken to an extreme, you could literally be driven to knock him out or beat him up. In a pure survival-oriented sense, you want to dominate and retaliate to protect yourself and prevent further exploitation. Anger is one of the hardest impulses to control because of its evolutionary value in defending against danger.

For optimal health, you must address your anger. But the point isn’t to keep blowing up when you’re upset rather–it’s to develop strategies to express anger that are body-friendly. Otherwise, you’ll be set up for illnesses such as migraines, irritable bowel syndrome, or chronic pain, which can be exacerbated by tension. Or you’ll keep jacking up your blood pressure and constricting your blood vessels, which compromises flow to the heart. A Johns Hopkins study reports that young men who habitually react to stress with anger are more likely than their calmer counterparts to have an early heart attack, even without a family history of heart disease. Further, other studies have shown that hostile couples who hurl insults and roll their eyes when arguing physically heal more slowly than less antagonistic partners who have a “we’re in this together” attitude.

Adapted from “Emotional Freedom: Liberate Yourself From Negative Emotions and Transform Your Life” (Three Rivers Press, 2011)