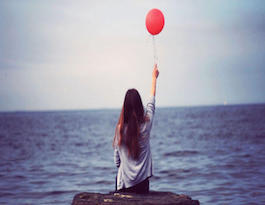 Do you have an energy vampire in your life? Get the “Energy Vampire Survival Guide” PDF here.

Many of us spend an inordinate amount of time and energy contending with difficult people or “emotional vampires” at work and at home. It’s a reflex to emotionally contract around them feeling powerless, irritated, hurt, or miserable, reactions that just wear you out. But, they can’t steal your happiness unless you let them. 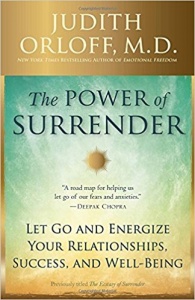 Surrender can improve your communication skills in many kinds of challenging interactions. For instance, do you know when to surrender your need to be right in order to restore love at home, or when to surrender resentments so that you can forgive? How to avoid taking things personally? Or deal with a friend or spouse who’s doing something you disagree with?

Be aware that your ego could resist the concept of surrender as its aim is to create open channels of communication between people rather than stonewalling or defending, responses the ego is more accustomed to. Instead if you value “we” as well as “me,” you become a master at diffusing negativity, not a pushover. Let’s say you’re deadlocked in an argument; nobody’s giving in. Then what? Don’t turn it into a battle for supremacy. Instead, give the first inch, an act of true strength. Apologizing for your part in the conflict shows that you value the relationship more than your ego. This opens the door for others to admit their part too. It’s people with real power who step up first to surrender their ego, promoting impeccable communication.

Here are four strategies from The Power of Surrender to help you deal with the difficult people in your life.

Follow these general laws of communication so you’re able to flow with difficult people and prevent blocks. In your daily life, these will ensure that you’re leading from a position of strength not anger or desperation. You’ll be flexible instead of just meeting conflict with an oppositional force.

The Laws of Impeccable Communication

Get in the habit of applying these laws to both friends and foes. The “dos” involve surrender and discernment. They will move you closer to resolving conflict by first harmonizing with another’s position, even if you disagree. This sets a tone to resolve conflicts or set boundaries whereas antagonism just alienates.

Strategy #2: Be Mindful of Your Attitude

Your attitude is important. Difficult people can be like spiritual teachers who are meant to awaken us, though they aren’t conscious of their role. Nobody said awakening is always pleasant or easy. But they can teach you about surrender: the attitudes you must release to triumph over them or set boundaries and which of their behaviors you must not surrender too. Most difficult people aren’t trying to harm you: they are just unconscious or self-absorbed. Very few are truly dark and have evil motives.

Strategy #3: Watch the Tone of Your Voice

Your tone of voice is important too. A critical tone only inflames people. Set limits with them and firmly say “no” with love, instead of sounding snippy or blaming when someone “steps over the red line.” To get the attention of chronic talkers or those on a rant, it helps to open your remark by lovingly saying their name. Hearing one’s name aloud instinctively makes us pause. Remember, we all can be difficult at times. Let this sobering fact curb your enthusiasm for chastising the shortcomings of others in word or tone.

Do your best not to vilify people, even when they’re obnoxious or unkind. Realize that anger addicts, guilt trippers, or the other types of difficult people are insecure, wounded, and disconnected from their hearts. The challenge around bad behavior is to maintain your power and priorities while setting clear boundaries, no matter how annoying, negative, or full of themselves others can be.

People can be annoying and disappointing, as we all sometimes are. None of us is perfect; most of us are doing the best we can. So keep searching for a part of someone that you can empathize with, even when it’s a stretch. You may not always succeed, but keep trying. This doesn’t make you a doormat or a victim. Rather, such compassion allows you to become the finest version of yourself, even as you set limits with bad behavior.

(Excerpt from Dr. Judith Orloff’s national bestseller The Power of Surrender: Let Go and Energize Your Relationships, Success, and Well-Being)

One thought on “4 Strategies to Communicate with Difficult People”