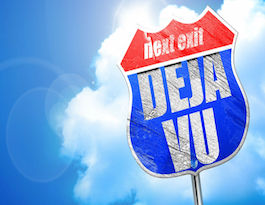 “Déjà Vu” is a common intuitive experience that has happened to many of us. The expression is derived from the French, meaning “already seen.” When it occurs, it seems to spark our memory of a place we have already been, a person we have already seen, or an act we have already done. It is a signal to pay special attention to what is taking place, perhaps to receive a specific lesson in a certain area or complete what is not yet finished. 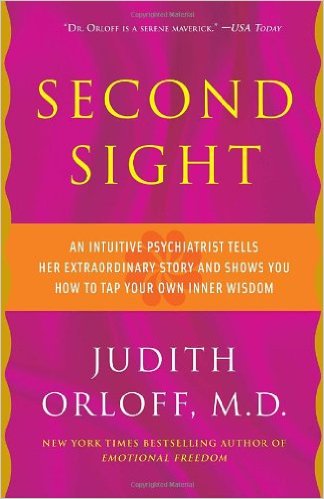 In “Second Sight” I describe many theories to explain déjà vu: a memory of a dream, a precognition, a coincidental overlapping of events or even a past life experience in which we rekindle ancient alliances. What matters is that it draws us closer to the mystical. It is an offering, an opportunity for additional knowledge about ourselves and others.

During a trip to Africa, Carl Jung described a feeling of déjà vu when he viewed a slim, black man leaning on a spear looking down at his train as it made a turn around a steep cliff on the way to Nairobi. He writes, “I had the feeling that I had already experienced this moment and had always known this world.” Although this world and this man were something alien to him, he saw the whole thing as perfectly natural. He called this a recognition of what was “immemorially known.”

In Western culture, we are brought up to consider anyone who isn’t an immediate member of our circle of friends and family to be a stranger. Yet at times, you meet people whom you feel as if you have known for years. You can talk to them about anything and they understand. You laugh easily with them. The tone of their voice, the way they take their coffee, all seem commonplace. It isn’t that they remind you of someone else or that their qualities are simply endearing. You relate to them not as strangers, but as people with whom you have shared history, members of the same tribe.

A patient of mine named Shannon knew that she was going to marry her husband the day that they met. She had dated a lot of men following her divorce, but none of them felt right. Then, she met Bob. There was something about the way he smiled, the glint of his hair, his voice and the shape of his hands, that made her think that they had known each other before. After talking it was clear that their paths had never crossed, but after their first lunch date, they became inseparable. What Shannon and Bob immediately felt for each other was more than just physical chemistry. It was a natural compatibility and a depth of intimacy that usually emerges after couples are together for many years. They were married two months after they met and have been together now for ten years.

I’m often asked how to tell the difference between a feeling of déjà-vu when we first meet someone and an attraction stemming from an addictive obsession. Some addiction specialists say that whenever you meet someone and an explosion of fireworks go off, this is a sign not of true love, but of one neurosis meeting another. They suggest that you run as fast as you can in the opposite direction.

Based upon my work with the recovering community, I agree that there is a strong tendency among addicts and some non-addicts to try to “fix” themselves with love and sex, rushing prematurely into relationships inspired only by intense physical attraction. They often have nothing to do with déjà-vu, but stem rather from a basic emptiness that longs to be filled. There is no true bond between the people involved, they hardly know each other, and these partnership attempts fail miserably when the pink glow of newness wears off.

The fact that an encounter feels compelling or immediate doesn’t necessarily mean that it is healthy or unhealthy. The experience of déjà vu must always be approached discerningly. However, mostly déjà-vu experiences are not obsessive or compulsive. They rather convey a quality that is quiet and solid.

The possibility of having a déjà vu is inherent in partnerships of all kinds, particularly the more intimate ones. It can occur in business, friendships and family, often leading to pivotal outcomes that can impact the direction of our life.

There are situations that are glitches in time, when the rules bend and the mystery takes hold. Enchanted moments that sparkle. These are deja-vus. They can take place anywhere, at any time and with anyone. Your real estate agent might show you a house that feels so familiar and right, you instantly know it is yours. Or perhaps you are in a restaurant and sense an inexplicable kinship with a woman sitting in the back corner booth. Don’t let these possibilities pass you by. Take notice; investigate. There is no way of predicting where each might lead or what it will teach you. Summoning the courage to take a chance and act on synchronicities, to have faith in what is not yet visible, will make the experience your own.

Learn more about the magic of intuition in Dr. Orloff’s book Second Sight.

(Adapted from Second Sight: An Intuitive Psychiatrist Tells Her Story and Shows You How to Tap Your Own Inner Wisdom (Three Rivers Press, 2010) by Judith Orloff MD)