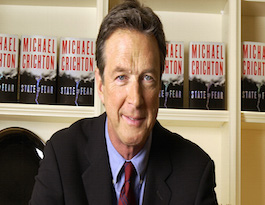 Today I was saddened when I heard of author Michael Crichton’s passing at age 66 from cancer. 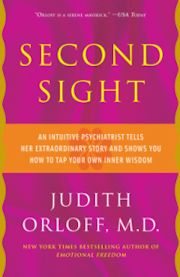 Michael and I were good friends at the time when I first started exploring intuition and spirituality in the early 1980s during my psychiatric residency at UCLA. I write about him in Second Sight. We were spiritual buddies and explored all kinds of wild people from a housewife who claimed to channel an ancient entity to going to spoon bending parties where people bent metal with their minds. Michael had a wonderful dog he’d take with him. One day his car got stolen and the dog was in it and he was so upset. Thank goodness both were found! Michael and I learned to sense and outline energy fields practicing on each other. Michael has a brilliant mind and was just cynical/skeptical enough to make me feel in good hands when we explored all this spiritual and psychic phenomenon. He gave me my first computer lesson on my first Mac though he was a bit impatient with how slow I was comprehending the whole thing and how clumsy I was at first with my first mouse. We used to have lunch in Santa Monica and talk a lot during those days. I remember when he was in the midst of writing Jurrasic Park, and he was bemoaning to me how he was afraid he was losing touch with his creativity. As a writer I loved to listen to him talk about writing. He loved doing the same things everyday when he wrote–going to the same Japanese restaurant, keeping a routine. Michael had a big heart, a wide open imagination and was a great buddy for me. We lost touch when he got really famous. I don’t know why. I thought about him over the years a lot, with love, missing him. I will miss him now with his passing.